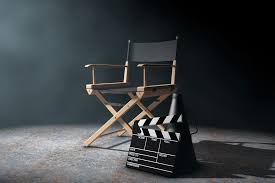 If there’s one thing that differentiates the conventional movie watching experience with the modern one, it has to be Film Festivals. Film festivals are important to both the moviemakers and the viewers. And the ones in the Czech Republic come as a breath of fresh air to cinephiles, reflecting the modern cinema in a different outlook from the usual multiplex scene.

In this article, we are going to tell you about some top film festivals in the Czech Republic.

Started in 1946, the Karlovy Vary IFF is the largest and most prestigious film festival in the Czech Republic. It is one of the oldest A-list film festivals, a category that it shares with the festivals in Berlin, Moscow, Cannes, Montreal, San Sebastian, Shanghai, and Tokyo. It is also regarded as the most important event in all of Central and Eastern Europe. Every year, the festival presents some 200 films and hosts famous and important filmmakers from around the world.

In operation since 1960, Brněnská 16 or Brno 16, is the oldest festival of its kind in the Czech Republic. This international short film festival includes exhibitions, discussions, and acting workshops as well. It also works to promote the interaction between the audience and the filmmakers, thus giving the cinephiles like you a rare opportunity to talk with the creators themselves. The number 16 in the name refers to the 16mm film format, used for most films in the past.

Zlin Film Festival, meaning a festival for the children and the youth, started in 1961, is organized every year in Zlin in the Czech Republic. The festival is attended mainly by the children and youth from the Zlin region.

The establishment of this film festival was due to the efforts of the local filmmakers who wanted to present their work in a local atmosphere. The competitive sections of the festival include films produced in the last two years period and are accompanied by films from other festivals and classic works of the world cinema.

Founded in 2016, the awards show contributes to the development and promotion of short films and their production. The festival only accepts fiction short films and not animation, documentaries, or industrial plots. The founders of the festivals say they are passionate about supporting and helping up-coming directors, producers, and actors while providing them with a worthwhile memorable screening experience.

Held in August 2016 for the first time in Kino Evald, Kino Atlas, and Kino Lucerna for the first time, the Prague Independent Film Festival takes place in the historical cinemas of central Prague. The festival has become an absolutely unique experience for movie buffs. Although new, the festival has managed to bring together some talented and outstanding filmmakers from all across the world.

This film festival takes place in Prague in the Svetozor and Lucerna cinemas and in the Scala Cinema in Brno as well. It features 45 films from various parts of Europe and divided into themes including sports, nature, music, love, eroticism, and other such categories. Cinephiles from around the Czech Republic along with European film directors and actors come to attend the festival.

The Febiofest film festival is among the largest film festivals in the Czech Republic and also regarded as the second most prestigious festival in the country. The fest is known to present a wide variety of contemporary and retrospective examples of high-quality movies including film-school, alternative, and amateur works to a diverse viewing public.

The festival was started in 1993 by Febiofest, a movie, and television company from Prague. Though the main part of the fest concludes in Prague itself, some films are located in other cities after the closing.