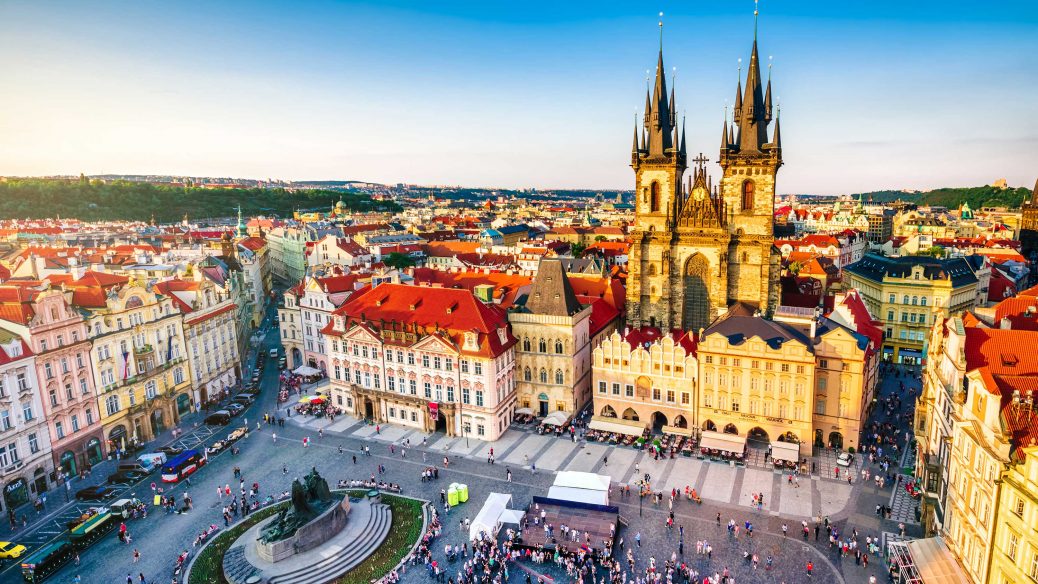 If you want to visit Europe and are a lover of great architecture and history, the Czech Republic is the place for you. There are several historic buildings and churches a person can visit. Natural beauty is on its peak during the summer as well as the winter. Tourists come to visit this historic place from all around the world. It is also famous for its Gothic history and Gothic churches. One of the great examples of its Gothic church is St. Barbara Church. Not only that, the capital city Prague is also popular in the world for its beauty and history. In our opinion, these are the top 5 tourist attractions in the Czech Republic.

Prague is the capital city of the Czech Republic. It is one of the most beautiful and famous cities in Europe. It is known for its architectural heritage which shows its rich history in Bohemia. Prague was established in the 9th century when the construction of today’s most famous Prague Castle began. It is situated near the Vltava River. It has several beautiful landmarks; one of them is Charles bridge crossing over the Vltava River with the most remarkable view. Prague is also known as the “City of Hundred Spires” because of its beautiful Cathedrals and their pointy Spires. Among all of the Cathedrals, the most famous ones are St. Vitus Cathedral and The Tyn Cathedral. They are well known for their mesmerizing view and beauty.

Prague is famous for its cultural life. Its spring music festival is popular internationally. The theatrical heritage is well maintained with a large number of theaters. Having many museums and galleries, Prague is immensely rich in history and culture.

Cesky Krumlov’s “Bohemian Castle” is one of the main attractions in the Czech Republic. It has a large collection of historic paintings and tapestries. The stunning castle above the Vltava River is a UNESCO World Heritage Site. The view is magical in the winter when the castle is covered with snow and streets are less crowded. If you want the best view of the city all you have to do is walk up to the castle. Inside the grounds of the castle, there is a Rococo Garden and also a well preserved Baroque Theater. It is only open for the public twice a year because of its age.

Tourists visit Cesky Krumlov every year just to visit this astonishingly huge building. They are given a guided tour underneath the stage where they can see the wood and rope used for holding the stage in place. Five-Petaled Rose festival is one of the most famous festivals celebrated at the end of summer solstice weekend.

Located to the east of Prague, Kutna Hora is a city known for the famous Gothic St. Barbara Church. The church has a number of priceless relics like the Frescoes paintings, flying Buttresses, as well as a chapel with human skeletons called Sedlec Ossuary. Its interior is decorated with beautiful religious themes. Kutna Hora is also a UNESCO world heritage. The Czech Museum of Silver shows the mining industry from the middle age.

Karlovy Vary is known for its hot springs and is also very famous for healing water, which can cure anything, from something as small as poor digestion to something as serious as a brain tumor. It has been a great historic architectural site for tourists to visit, but, most of the buildings were destroyed because of a constant series of natural disasters. However, the beauty of this town did not fade away with that. It is still believed by the people that the water of the spa, to this day, remains magical and cures diseases which were claimed to be cureless.

For more than a century, it has been very popular for glassmaking. If they want, tourists can learn about the art of glassmaking.  Visitors can see the beautiful examples of glassmaking at the Glass Museum.

The home of Roman Emperor Charles IV was this Gothic Castle in the 14th Century. It is situated 18 miles from the capital city of Prague making it a good option for people visiting Czech Republic. The three terraced levels of the building have their own significance. The lowest level of the building was called the Imperial Palace which was inhabited by the Emperor and the Knights. The mid level was called the Marian Tower where the Empress used to live. The highest level known as the Big Tower was reserved for God. The Big Tower had a chapel inside it.

People can visit the castle with a guided tour. It is known for its Bohemian crown jewels, holy relics, and other royal and precious treasures. Every time the tourists visit this place, they tend to get mesmerized with the beauty and royalty of the castle.

These tourist places are packed with crowds every year. People are filled with joy and fulfillment while visiting places in the Czech Republic. With the most beautiful architecture in the world, this place brings calmness and peace to the mind.